What’s the Difference Between a Backhoe and an Excavator? 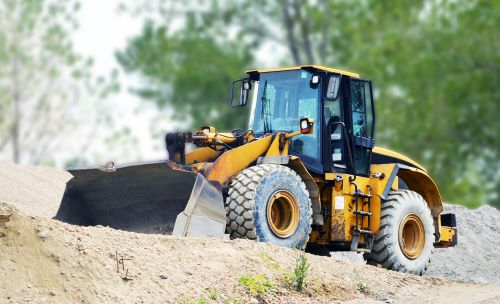 Sign up for one of the programs at West Coast Training, and you’ll find yourself learning the ins and outs of several different types of heavy machinery. Odds are, you’ll be familiar with a few of them, but there may also be a few that you don’t recognize. There may also be machines with names you recognize but whose operations you aren’t familiar with.
Two of the most commonly confused types of heavy machinery are the backhoe and the excavator. While it’s true that these machines are quite similar to one another in many ways, there are a few key differences, including the types of jobs they are most likely to be employed for. Let’s look at some of the key differences between the backhoe vs. excavator:

What Is a Backhoe?

The backhoe is a two-part, articulated arm designed for digging. At the end of the arm, there is a large digging bucket. The whole system is usually attached to some type of vehicle, such as a tractor or loader. The machine is designed to both dig and move earth and other materials. It’s extremely maneuverable, meaning it’s very versatile and can be utilized for many different tasks.

What Is an Excavator?

Much like the backhoe, the excavator is a type of heavy equipment with an articulated arm and a bucket or other type of device on the end of it. It is generally powered hydraulically and moves by way of treads or large wheels. The end on the opposite side of the machine from the digging arm is heavily counterweighted in order to prevent the whole mechanism from flipping over when it’s dealing with a lot of weight.

What Is the Difference Between the Two?

The key difference between a backhoe vs. an excavator is in their size: excavators are generally much larger than backhoes. With such different sizes, they are specialized for different jobs. As the larger machine, an excavator is generally used for construction projects. It can be used for large amounts of rubble, digging large trenches, or demolishing buildings ahead of future construction projects.
Backhoes cannot be used for projects on the same scale as excavators, but they tend to be more versatile. Unlike excavators, backhoes can be driven along roads. The bucket attachment can also be swapped out with other attachments, meaning that it can be used for many, many different types of jobs. Typically, this means it’s used to clear away snow, dig smaller holes for excavation, and pave small roads.

If you want to learn everything there is to know about backhoes, excavators, and other types of heavy equipment, contact West Coast Training. As the premiere heavy equipment school on the West Coast, we offer hands-on instruction with many different types of machinery. At the end of your training, you’ll have a certification from the National Center for Construction Education and Research, which is a must when seeking employment in this highly competitive field.