What Kind of Heavy Machinery Is Used for Snow Removal? 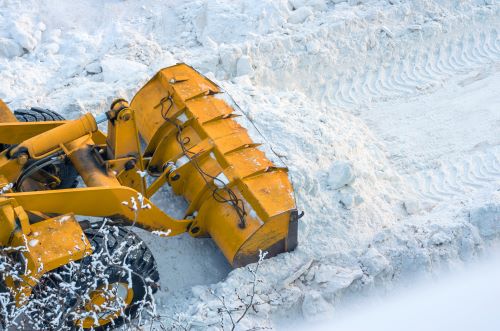 When you learn to operate heavy machinery at West Coast Training, you’ll be prepared for a variety of jobs. You might use an excavator to dig large trenches on construction sites. You may help create new streets by using a vibratory compactor to compact the asphalt. Perhaps you’ll get behind the controls of a telescopic boom crane in order to aid in the construction of impressive high-rise buildings.

It’s also possible the skills West Coast Training equips you with will allow you to come to your town’s rescue during a snowstorm. After a heavy snowfall, someone will need to clear the streets and make it safe for vehicle traffic to resume. You’ll learn how to do just that as part of your training, where you’ll become proficient with the best heavy machinery for snow removal.

A skid steer loader is a four-wheeled machine that has wheels that can operate independently on each side, allowing for a high degree of maneuverability. This is important when removing snow from tight spaces or areas where other heavy machinery may not be able to get around. The skid steer loader’s bucket can be used to carry snow from place to place, or the bucket can be replaced with a snowblower. The snowblower utilizes an auger to move the snow out of the road quickly and efficiently.

A backhoe loader is a loader that has an articulated arm and a digger connected to it. For the purposes of snow removal, the digger can be replaced with a snowblower, a pusher, or any one of several other specialized attachments. The primary advantage a backhoe loader has over other methods of snow removal is its ability to generate a large amount of torque. When you’re attempting to work in extreme conditions, including heavy snowfall, the extra power resulting from that torque can be an absolute necessity.

If it’s a smaller job, you might not even need a huge machine like those you might see at a major construction site. Smaller amounts of snow can be moved easily with a mini track loader, which is a smaller version of a loader that can access areas larger equipment cannot. It’s excellent for performing tasks that would be off-limits to massive tractors and similar heavy equipment.

Of course, if you’re called in to do a snow removal job, you may not simply be driving through the streets displacing the snow with a blower. You may also have to remove snow from unpaved, rural areas. This is the type of task that utility tractors are designed for. Their ability to go off-road is unparalleled, and they can be fitted with any number of snow-removal attachments. The heavy wheels in the back mean you’ll be able to drive safely and easily through even the heaviest snowfall, while the heated cab on a tractor means you’ll be able to stay warm.