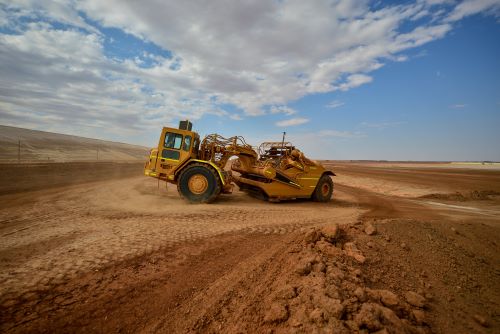 How Does a Scraper Operate?

One of the largest pieces of equipment you’ll see on a construction site is a scraper. The purpose of this machine is to scrape the surface of the earth to prepare a site for a building project. It is often used for road work.

The scraper does exactly what it sounds like it does—it scrapes the top layers of the ground and levels out the surface. These machines can either be self-propelled or towed. Every scraper, however, has a wagon with a gate that has a bladed bottom. This blade scrapes the earth while the wagon pushes forward, forcing the excavated earth/debris into the wagon. The gate closes once the wagon is filled and then is taken to a place where it can be disposed of.

Single-engine wheeled scrapers are the most common type of scrapers. These scrapers have a bowl and an apron. This apron covers the load, which also stops it from flying out of the top of the machine. There is also an ejector that uses hydraulics to get rid of this load once it has been moved. The hydraulics also help make these machines quite versatile, as each separate function can operate independently.

Unlike the other scrapers that rely on an apron, elevating scrapers operate by using an elevator. This elevator can be electrotonically or hydraulically driven. Material is loaded by the elevator into a raised bowl, which then dumps out the load by sliding the bowl’s floor backward. The elevator is also able to go in reverse, which makes it beneficial to even out and finish the job.

The first thing to know about pull-type scrapers is that to operate this scraper, you need another machine. This is because pull-type scrapers are not motorized and need to be towed behind other machines. Since they’re not motorized, these types of scrapers are perfect for terrain that is sandy, soft, or wet, or in weather that is rainy, humid, or moist. It’s less likely to get stuck in such conditions, whereas other motorized scrapers may.

Scrapers are extremely beneficial and important machinery for a construction site. Each type of scraper operates a little differently from the others, so it’s important to make sure you are professionally trained to operate this heavy machinery. At West Coast Training, we can help make sure that you are, so give us a call today to learn more about our courses.