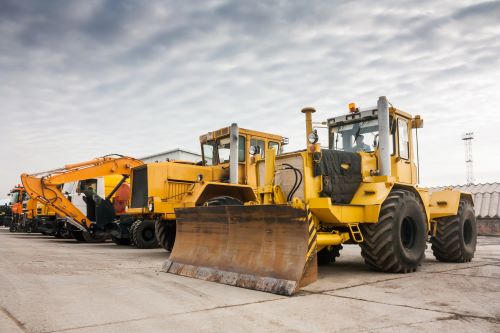 What Kind of Equipment Will I See on a Construction Site?

​If you drive past a construction site, you may recognize some of the equipment. But you likely won’t recognize all of it. If you’re here because you want to know the difference between the machines that are most often used at construction sites, you’ve come to the right place.

But this blog post won’t only be for the curious. It’s also for those who are interested in a career on a construction site. Almost all of the buildings you see around you needed various pieces of construction equipment to build, and those who broke dirt and got the job done, they all went through specific training and experience-seeking tasks in order to get started. So consider this your first step.

When you have aspirations to work with heavy machinery, the best place to learn about them is at a heavy equipment training school. At this school, you get in-class training for your future career. You’ll also have the opportunity to get out in the field and practice using heavy machinery. Here are a few kinds of equipment that you might see on a construction site, many of which you’ll be certified to use after attending West Coast Training.

Excavators are large machines made to dig out earth in preparation for a building site. This machine consists of a bucket, an arm, tracks, and a cab that can rotate. You’ll see excavators on construction sites such as road and building constructions, but that doesn’t limit them to only that. Excavators are used on many construction sites, and as you might expect, they are handled exclusively by professionals.

Backhoes are a popular piece of equipment on construction sites. They are slightly smaller than excavators, but their job is similar. Backhoes are excavation machines that have arms (called booms) attached to them, and you can reach and pick up large items with them. Though the name implies that the excavating is done from behind, the arm and digging bucket are both in the front. The equipment works by pulling dirt or debris toward itself, instead of pushing it away.

When you hear the word “dozer,” you probably think of bulldozers. This is a piece of equipment that you’ll often see on a construction site. Though bulldozer is a common term, there are actually different types of bulldozers that can be on a site. Crawler bulldozers, wheel bulldozers, and mini bulldozers are just a few. Most bulldozers are used for shallow digging or to push material from one place to another.

Depending on the construction site, you could see either one or a variety of different cranes. Cranes are typically used to lower and lift larger materials. There are many types of cranes used on construction sites, each with a different purpose. For instance, tower cranes are usually used for big projects, such as building large towers. Floating cranes, on the other hand, are used specifically for projects in a body of water, as they are carried on a ship.