Can I Learn to Be Both a Backhoe and Excavator Operator? 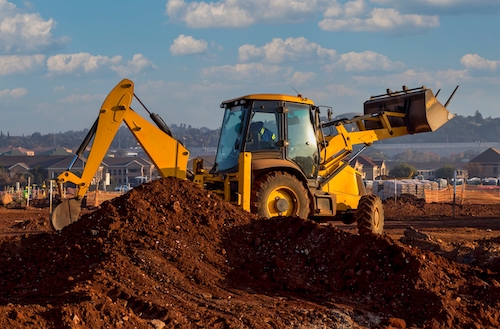 There’s a reason that kids love watching heavy equipment go to work. From cranes and bulldozers to steamrollers and wrecking balls, heavy equipment is just awe-inspiring to see in action. Two of the most commonly used pieces of heavy machinery are the backhoe and excavator, which share similar roles. Is it possible to learn to be both a backhoe and an excavator operator, or do you need to specialize in one or the other?

The answer to that question is that you can indeed get certified as both a backhoe operator and an excavator operator, though the specific training requirements will depend on where you live and your employer. Let’s take a look at how you get certified to be an operator of heavy equipment like a backhoe or excavator and what the requirements might be.

Requirements to Be a Backhoe & Excavator Operator

The requirements to operate heavy machinery like a backhoe or excavator can vary significantly depending on the state. For instance, if you want to operate a crane, you need a special license in 16 states, such as New Mexico or Oregon, but you don’t in others. In some cities, like New Orleans or Omaha, the city requires a license even though the state does not.

Many states do not have a formal license requirement, and only certain pieces of heavy equipment even require a CDL. Indeed, there’s nothing stopping most of us from renting a backhoe and using it to dig on our private property without any training at all (though we advise against this).

However, when you say the words “backhoe and excavator operator,” you don’t mean digging in your backyard; you almost certainly mean a career. To that end, you absolutely need training on various types of heavy machinery. A jobsite that will hire someone to sit at the controls of a 34-ton excavator without any training probably isn’t a jobsite where you want to work!

Requirements for training can vary from site to site and state to state, but we recommend a minimum of four to eight weeks of full-time training to make yourself especially attractive to employers.

Excavators are slightly more complicated machinery than backhoes, so you may want to seek employment working on smaller machines first before “graduating” to the bigger machines. Once you’re done with training, you can absolutely be both a backhoe and an excavator operator.

Backhoe vs. Excavator: What’s the Difference?

A backhoe is smaller and more nimble than an excavator. Usually built on a frame similar to that of a tractor, backhoes have a back-facing digging arm and often a front loader. Since they are highly modular, they can be fitted with anything from forklifts to drills. Did you know that backhoes are actually legal to drive on public roads? This makes it much more convenient to get them onto jobsites.

An excavator is the backhoe’s big brother. Usually built on a specially tracked platform, the excavator has the ability to turn its cab 360 degrees. Its digging arm is much more powerful than that of a backhoe, but it lacks the versatility its smaller sibling’s modularity offers.

If you want to learn how to be a backhoe or excavator operator, contact West Coast Training to learn more about our heavy equipment operator program.