4 Jobs You Can Do Once You Have NCCER Credentials 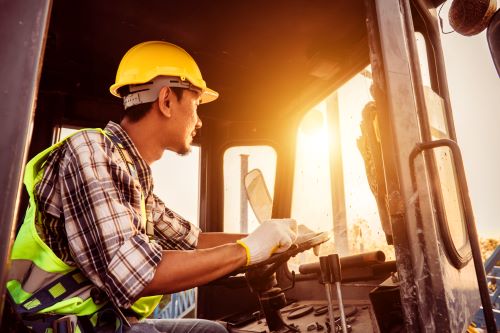 Ask any construction manager what the most disruptive and dangerous element is to have on a jobsite, and smart money says that one of the most common answers you’ll hear is this: poorly trained workers. Workers who are poorly trained can create bottlenecks and delays and hamper progress on the project. If they’re tempted to cut corners, they can lead to costly rework jobs and, even more importantly, can put themselves and others in serious danger. Every construction company recognizes this. This is why NCCER credentials are so important.

NCCER, or the National Center for Construction Education and Research, is a nonprofit educational foundation for professional trades and crafts. Since its founding in 1996, NCCER has certified workers for their knowledge and competency in various trades. NCCER’s curriculum doesn’t just cover on-the-job skills and competency but also instills the organization’s core values that every manager wants to see in their staff, including:

In other words, if you have NCCER credentials, your would-be employers know that you aren’t just a competent, reliable worker, but that you are trustworthy and won’t cut corners.

But what careers are suited for NCCER certification? To be honest, it’s not quite as simple as listing out jobs that you can get once you have NCCER credentials, as there isn’t one holistic set of “NCCER credentials.” Instead, craft journeymen and experienced workers will typically seek NCCER certification in any of the 70+ disciplines for which NCCER offers courses, training, and assessment.

However, it’s true that having NCCER credentials will make it easier to get hired in some fields rather than others. Let’s take a look at those areas of work.

NCCER offers instruction in everything from boilermaker training and carpentry to drywall construction and even sustainable weatherization. Whether you want to be the person inspecting new homes to make sure they’re energy-efficient or the one making the furniture that goes inside the homes, NCCER credentials will surely help you.

NCCER courses include a number of specialties that are incredibly valuable to the O&G industry, many of which are related to pipeline construction and maintenance. Having NCCER credentials in pipeline field and control center operations will make you a valuable asset to any oil and gas construction company.

Do you dream of operating a massive tower crane at a jobsite? One thing that can help your dream come true would be to get an NCCER certificate as a tower crane operator, demonstrating that you know what you’re doing with this powerful machine.

It isn’t all trades and sweat equity either. NCCER credentials can be awarded to students who complete courses in things like crew leadership, project supervision, and mentoring other professionals. Whatever your field, having this skill set will make you a valuable leader to come.

If you’re interested in NCCER credentials in the construction industry, West Coast Training is an approved NCCER instructor. Contact us today.